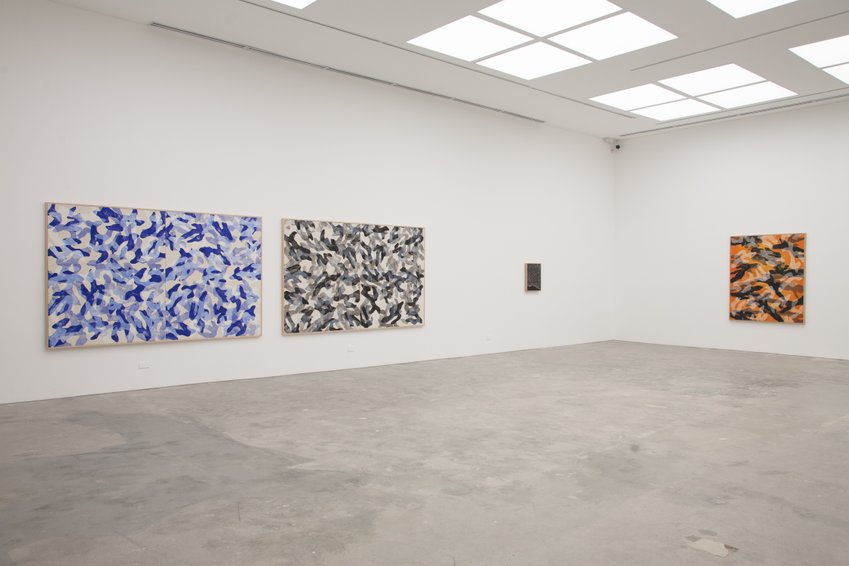 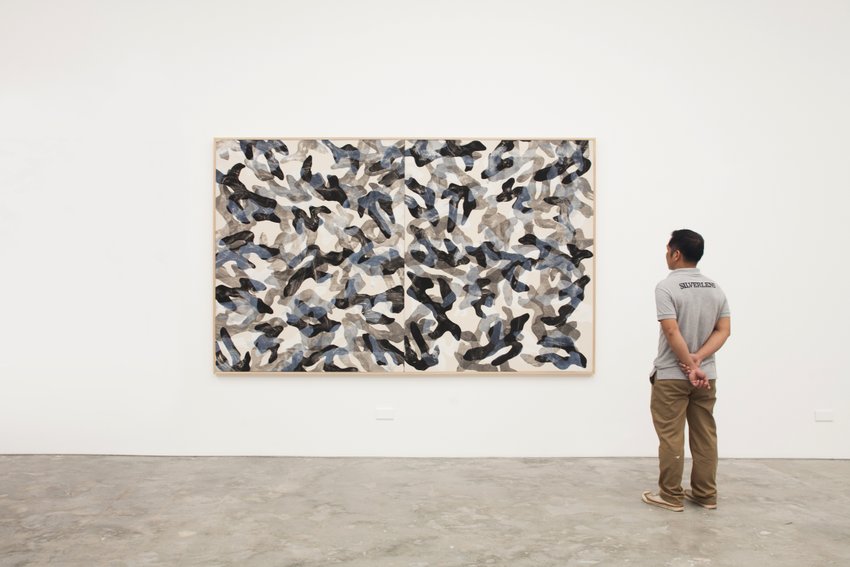 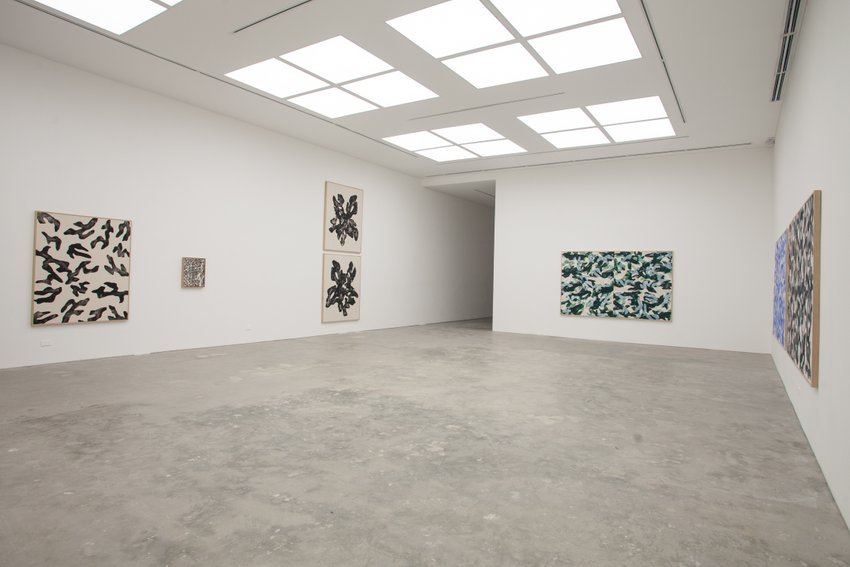 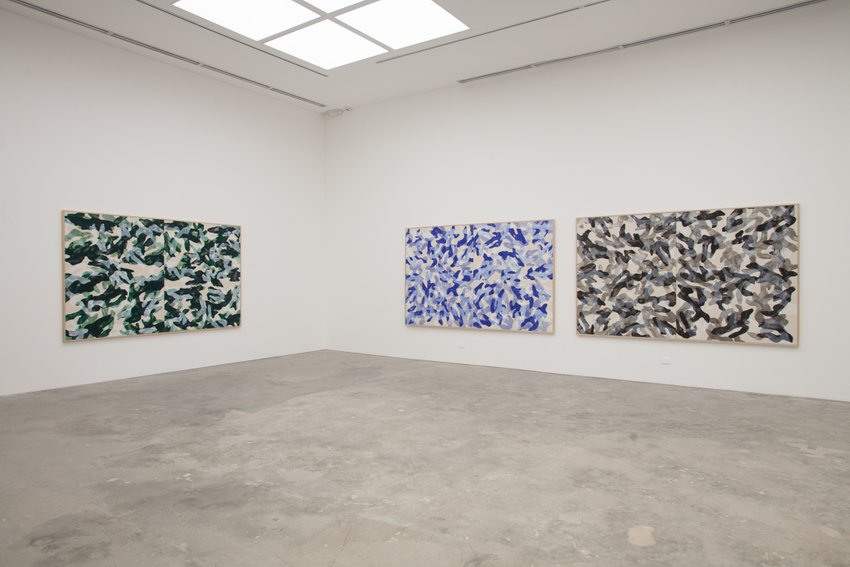 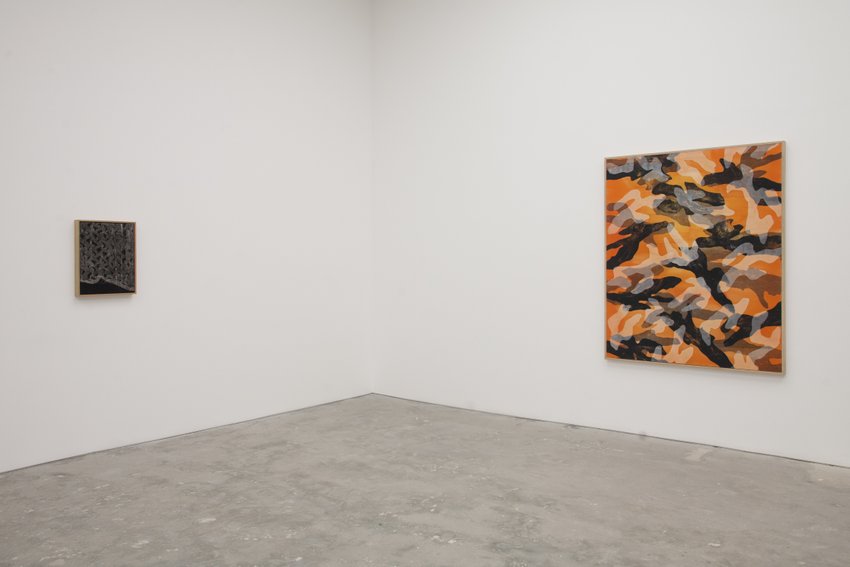 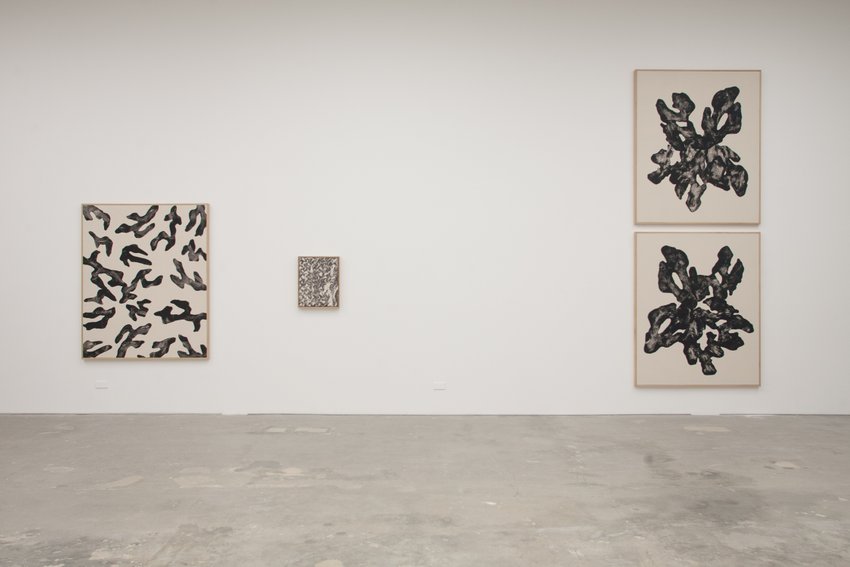 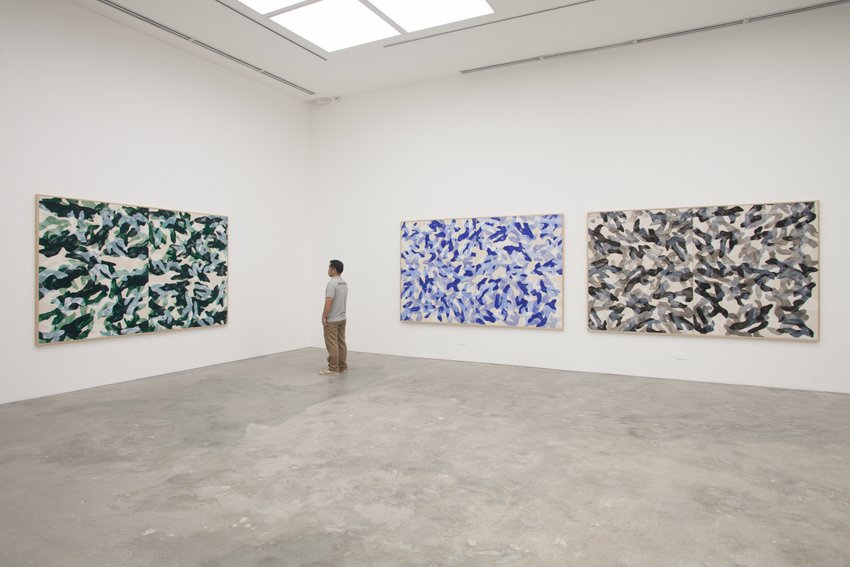 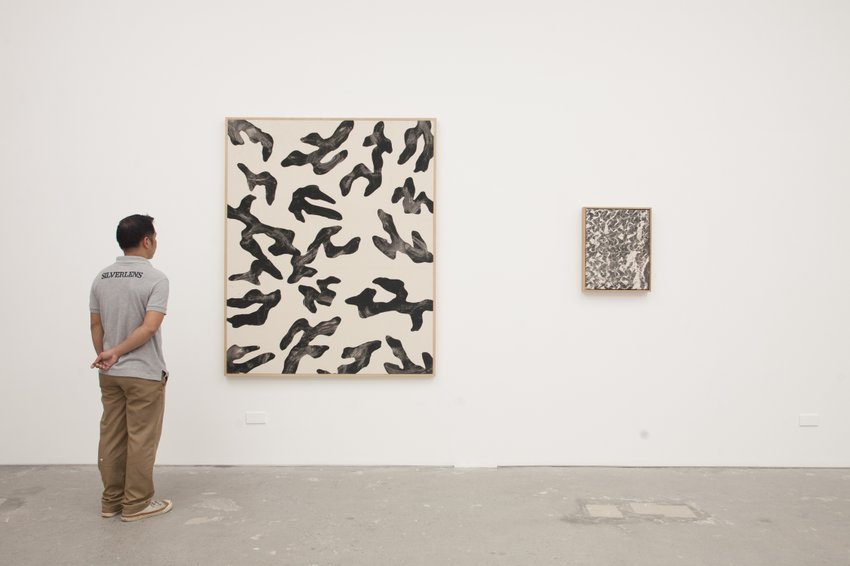 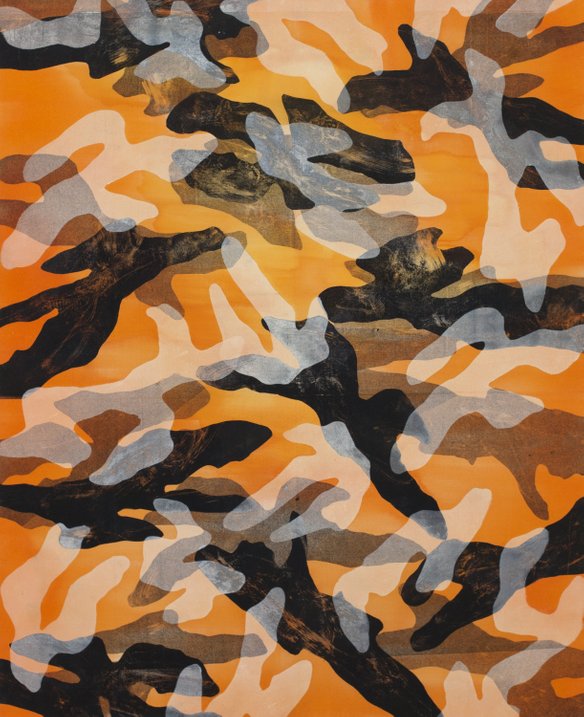 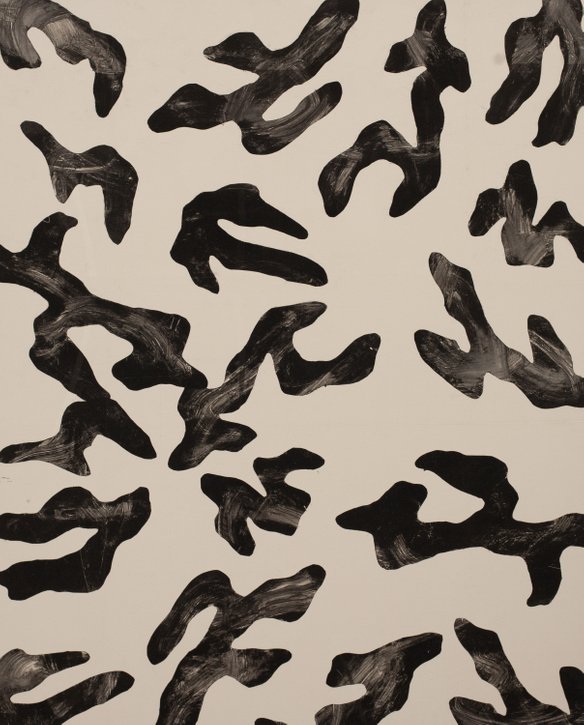 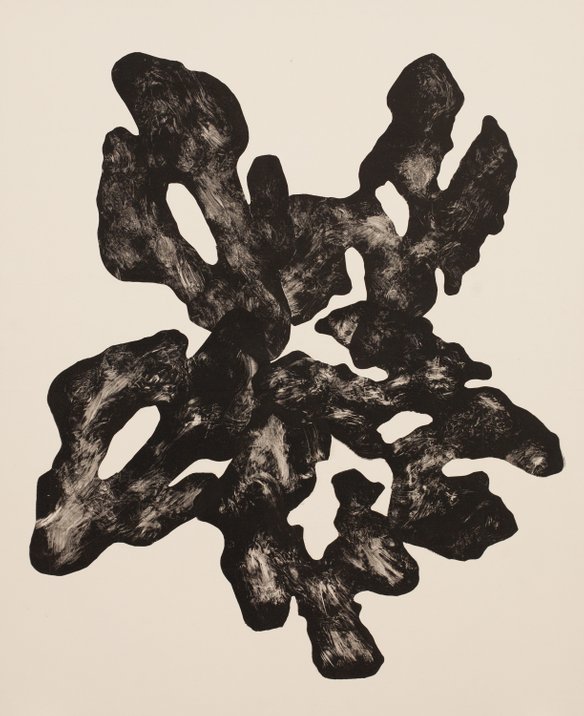 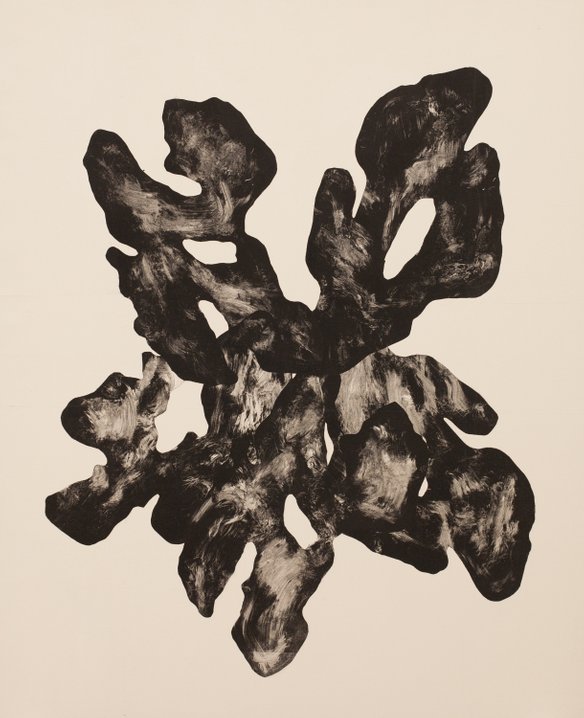 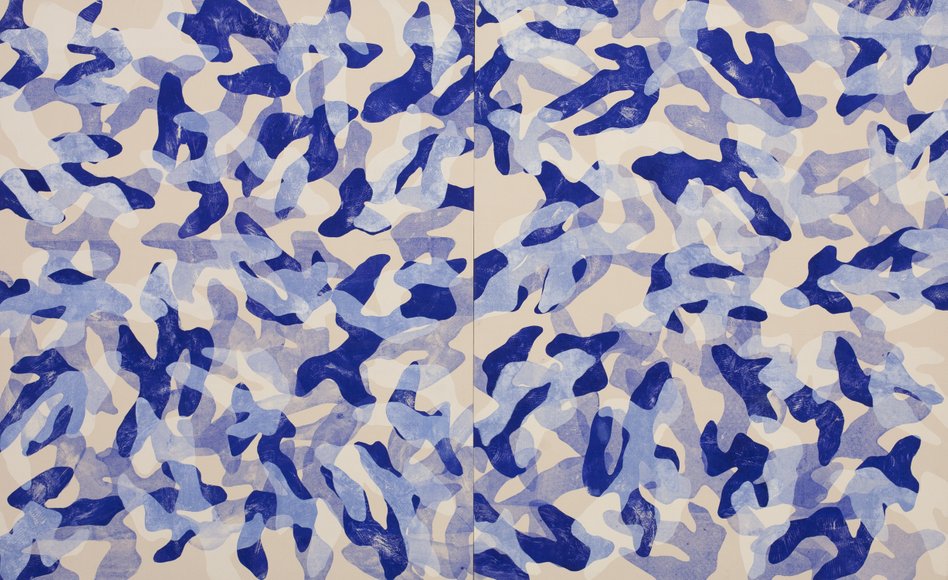 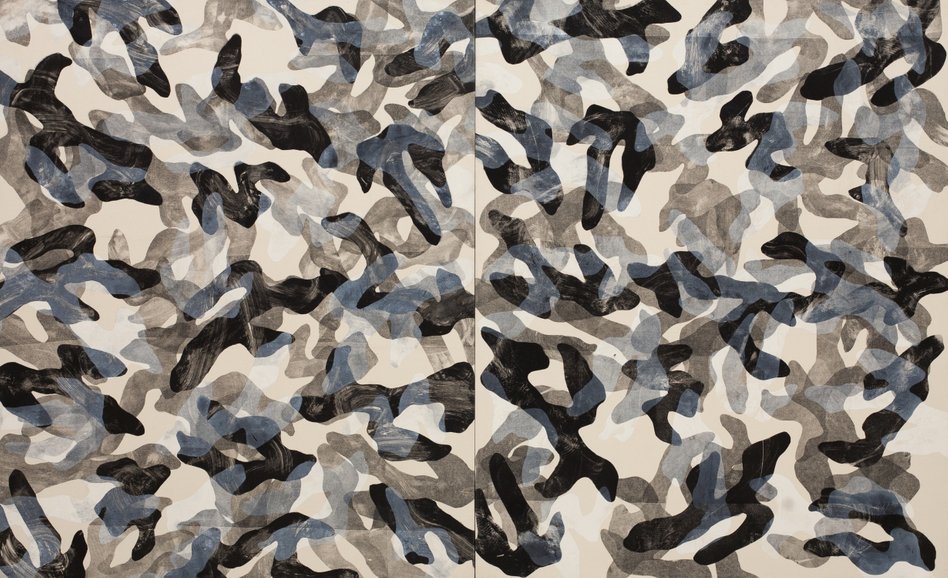 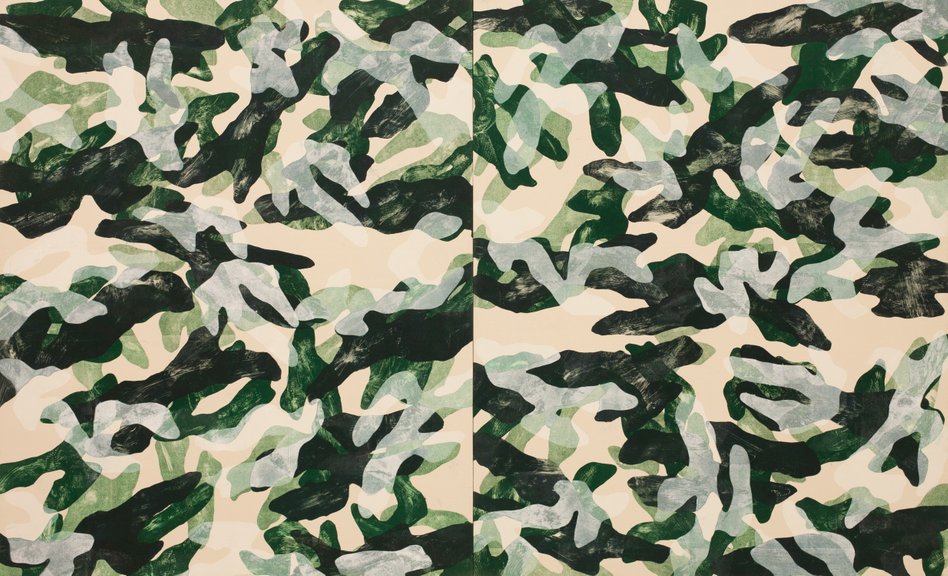 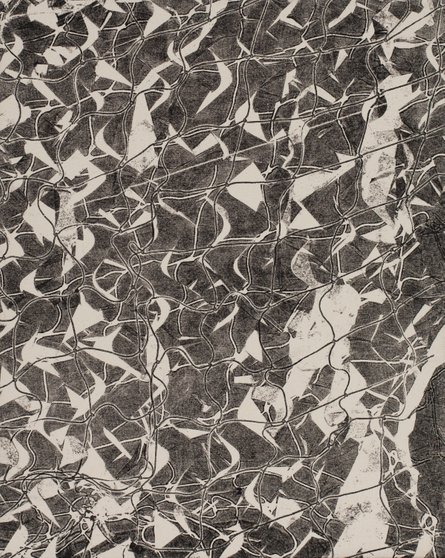 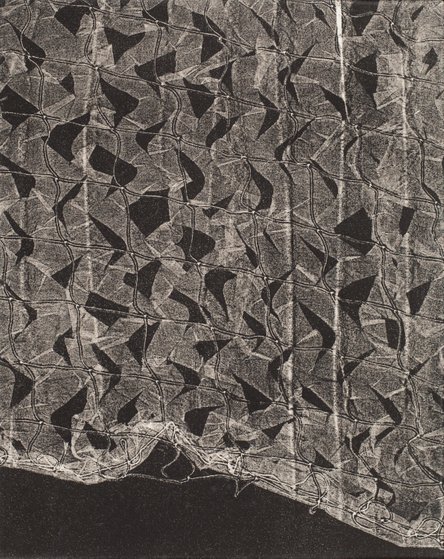 Featuring nine large-scale works accomplished through monotype printmaking, the show captures and reterritorializes camouflage within the ambit of the optical, interrogating its capacity to imitate, blend into, and ultimately subsume reality. Drained of its militarized context and its tactical functionality, the “camouflage” in Coson’s works holds a mirror to what is essentially another mirroring device in order to expose and cancel out its insidious agency.

While Coson’s works are ultimately self-referential and inflected with their own gravity, they gesture at the aesthetics of subterfuge employed by expansionist power. It was in the country when American soldiers, wanting to quell the growing Philippine revolt, opted for khaki—in lieu of blue—uniforms. They would eventually strategize this color to become the skin of disguise and evasion, as ubiquitous as tanks and bombs during wartime. To disappear into the landscape is to disempower the enemy. To camouflage is to colonize.

In looking at these works, which depart from Coson’s earlier prints in their subtle subversion of their relationship with nature, the viewer is led to confront the flatness—and the bankruptcy—of mimicry, the signifying shapes that constitute it. In the Baudrillardian sense of the spectacle, the works foreground and intensify the signs in order to vivify the real they have replaced: the mottled, unfiltered, unmediated visible world. Her works—which are, in her own words, “synthetic paradise”— recalibrate and refresh perception so that it may pierce into and inhabit new clarities.